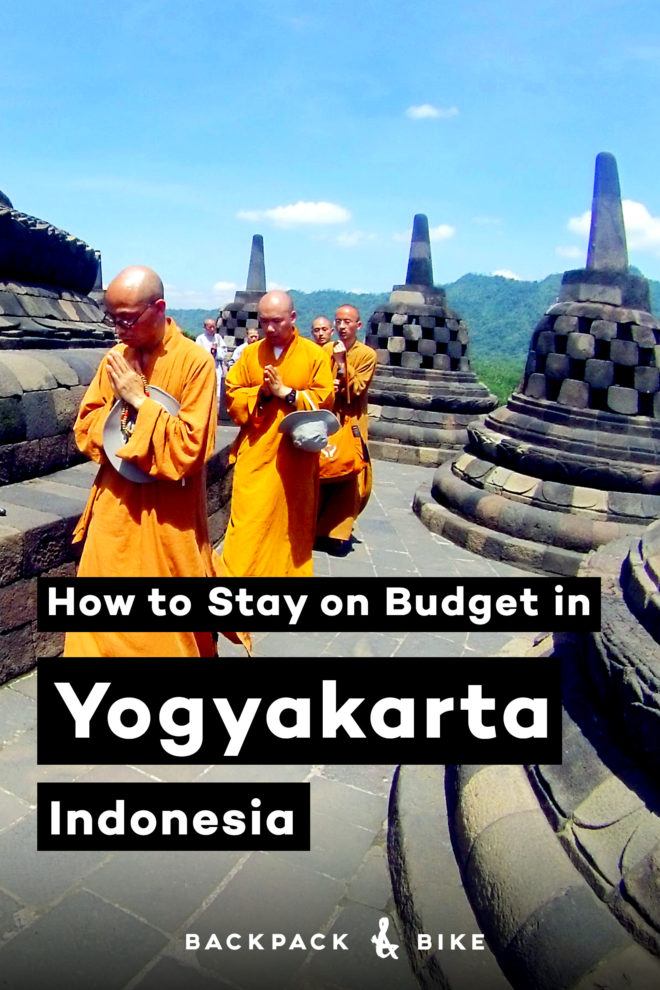 Yogyakarta. Smack in the middle of Java. Why go backpacking through Central Java? Temples. Two beautiful temples, one Hindu, one Buddhist. It’s what brought us here.

How we got there

From Pasar Senen station in Jakarta, you can take the economy train for 220.000 IRD ($22 CAD) per person. For business and executive class train you must take it from Gambir station and those tickets cost upwards of 350.000 IRD each. The economy train was comfortable and it was not crowded, so no need to splurge on anything better. The journey takes 8 hours. We caught the 6:45am train which arrives is Yogya at 2:55pm.

We had amazing Couchsurfing hosts, Aster and her boyfriend Aria, who picked us up from the train station and drove us around our whole time in Jogja. Their home was not quite in the centre of town but still accessible to whatever you need. Shoutout to you guys and thank you! We owe you guys for helping us stay on budget!

When in central Java, the obvious thing to do is to go temple hopping!

Legend has it that there was a prince who fell in love with a princess that did not love him back. He forced her into marriage, but she declared one impossible condition, that he build her 1000 temples in one night. The prince called upon supernatural spirits to help him complete this task and he completed 999 temples. The princess then summoned the women of the village to set fire in the east and making noises. Tricked into thinking morning had come, the prince’s spirits fled back into the ground. Furious as the princess’s trick, he turned her into stone and she can be seen as Durga, inside he north cell.

Prambanan is a beautiful Hindu temple, largest in Indonesia. It’s a sight that brings many tourist to Yogyakarta. I would love to stay that everyone should go see it. But it comes with a hefty price tag. We found it ridiculous that the local price is 30.000 IRD ($3 CAN) while the international tourist price is 245.000 IRD ($24.50 CAD). That is over EIGHT times inflated for tourist. I don’t know how this is fair. On a tight backpacker budget, it was painful. So I won’t say you must see it. But it was beautiful. 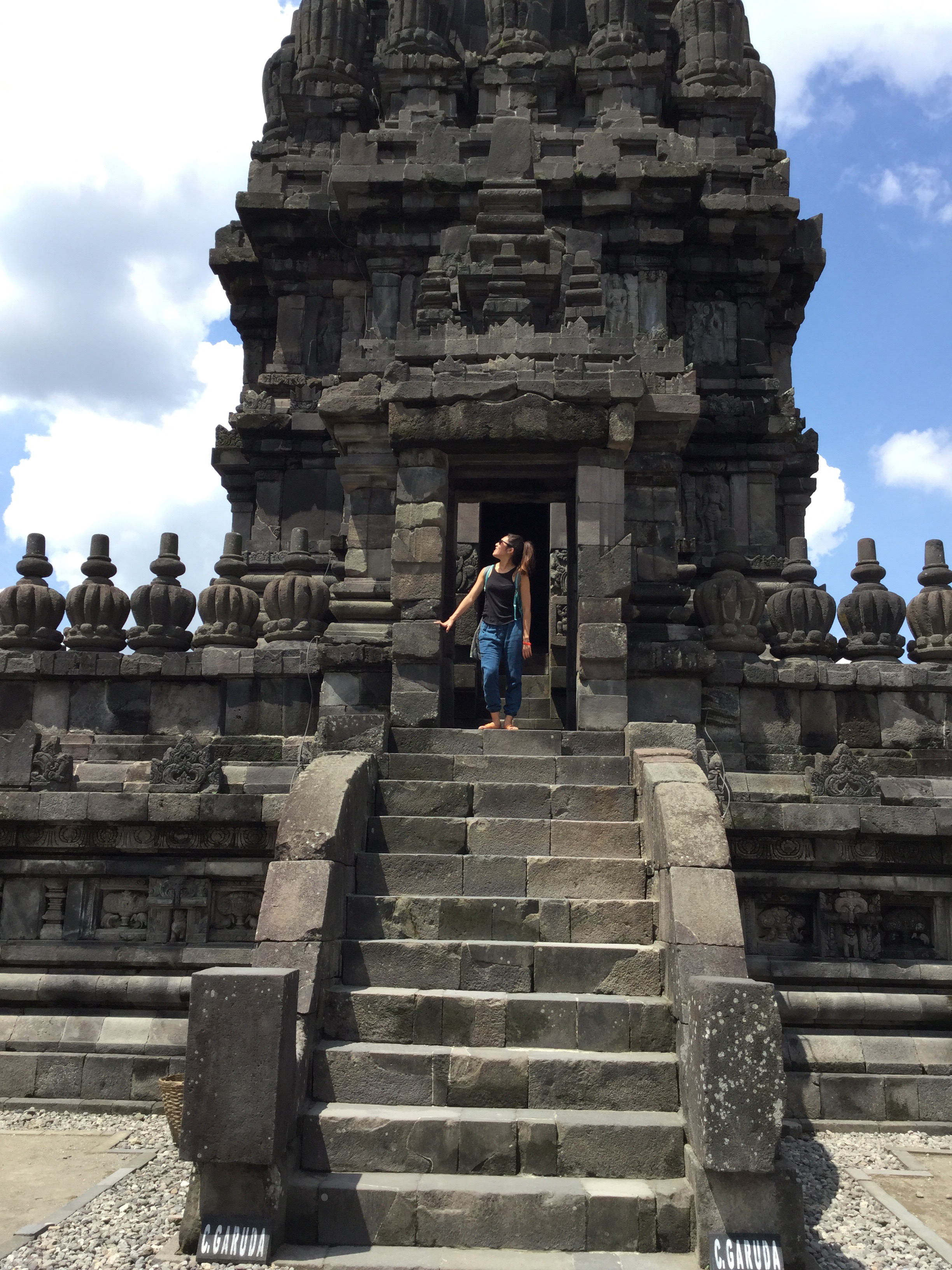 The largest Buddhist temple in the world and Indonesia’s most visited tourist attraction, Borobudur is more worth your visit and money. Again with a painfully heavy admission fee of 260.000 IRD ($26 CAD) per person, I think if you’re to choose one of the two temples to spend a days budget on, it’s Borobudur. Again locals pay only 30.000 IRD ($3 CAD), which is ridiculous.

If you go to Boroburdur first, you’ll be able to buy a ticket to enter both temples for $32 USD ($42 CAD). So that will help you save a lot. I don’t know why they don’t sell this joint ticket at Prambanan.

Borobudur is spectacular. The massive temple sits on a hill, so views from the top are beautiful. The temple itself has nine platforms and hundreds of Buddha statues and thousands of relief panels. It is something to be admired from both a far as a whole, and close up in detail.

Maybe the most fun part of the experience is the labyrinth of stalls and shops set up right at the exit. There is a no-drones-allowed rule on site for one very good reason. An aerial sighting on this maze would reveal the secret that is the shopping labyrinth. There are clues on how to exit, but it is impossible to bypass the hundreds of souvenir shops, all selling the same things. It is unclear the actual number of tourist that have been pestered into buying 10 key chains for $1. It takes roughly 15 minutes to complete the labyrinth, so plan your day accordingly. 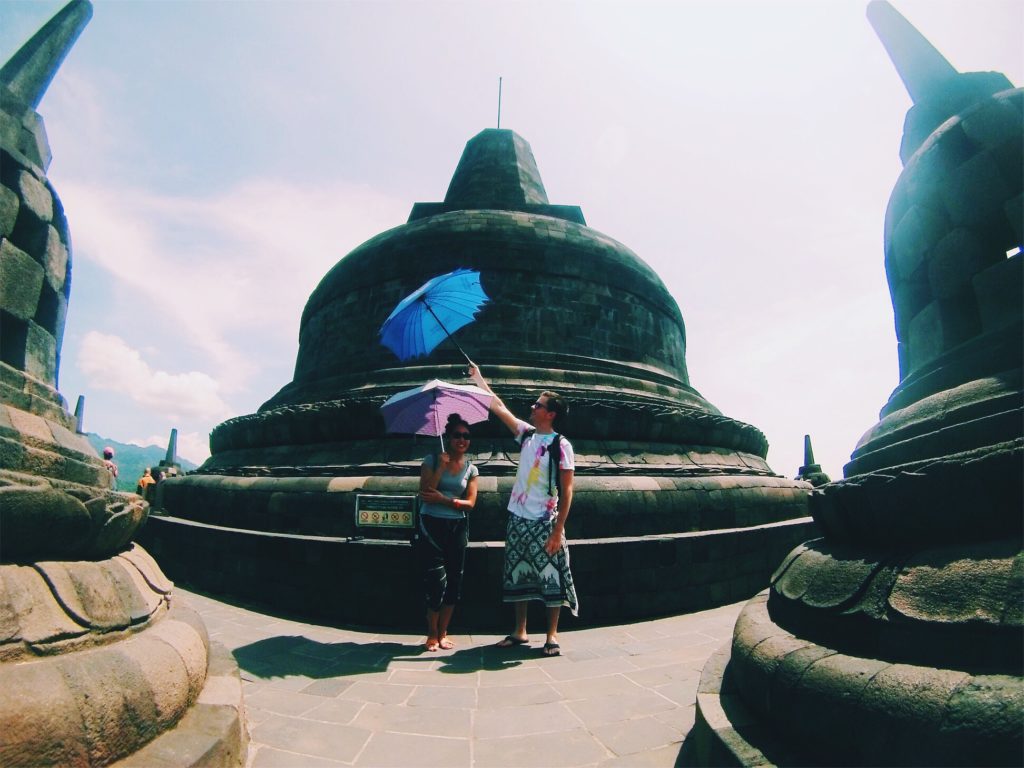 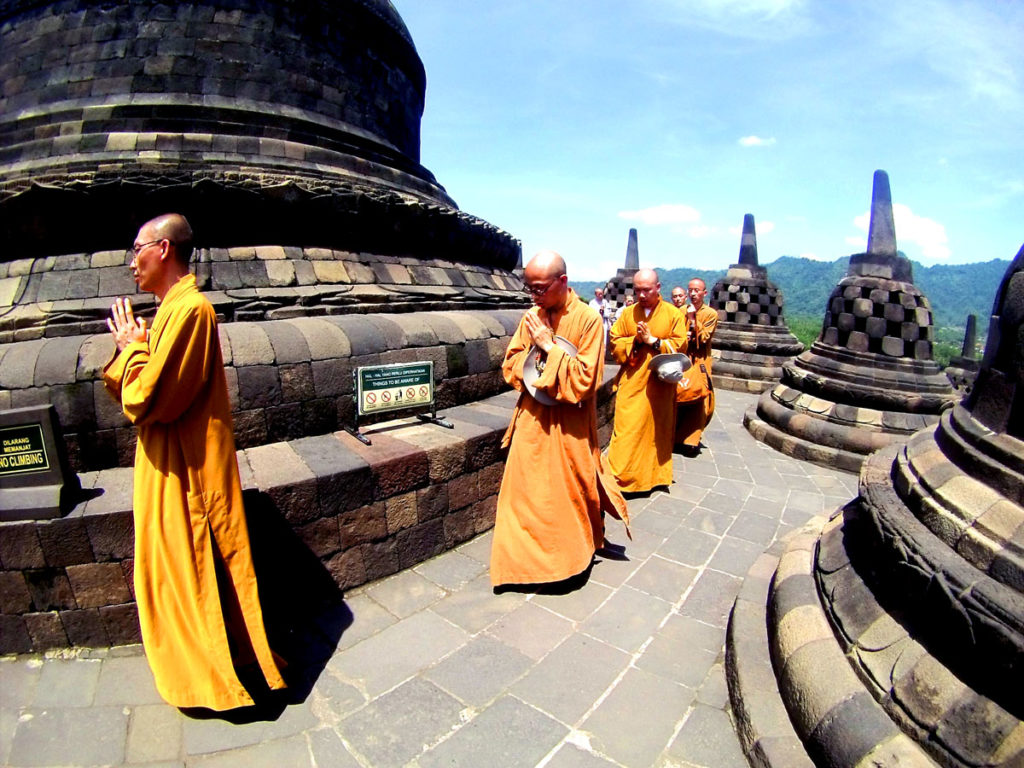 What else to do in Yogyakarta?

Firstly it’s pronounced jog-ja-kart-ta. It took me a couple tries before getting it right.

We saw a traditional wayang kulit (shadow puppet) performance for 20.000 IRD ($2 CAD) per ticket. There is one puppeteer who is a master multitasker who mans all the characters and sings and plays chimes with his feet. Complimenting him is a whole fleet of musicians and singers playing traditional instruments. I’m sure the two hour performance had a truly competing plot, if we could understand Javanese. Over all would recommend. 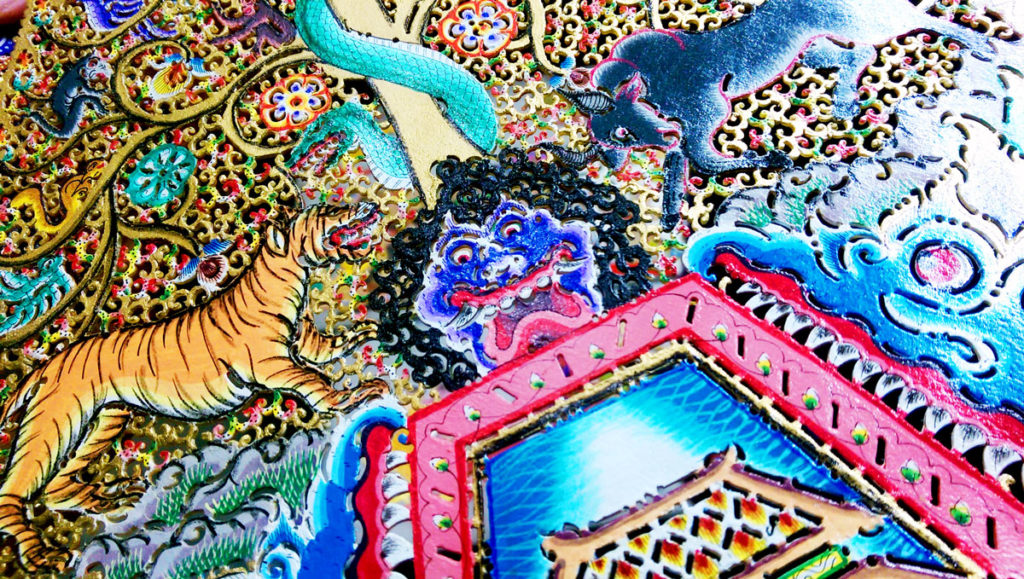 There is this one fruit that the locals love and it is native to Java and some other islands of Indonesia. It is called snake fruit and it is particularly strange because its peel is hard, sharp and scaley like a snake. We tried it and the conclusion was… we will never eat it again. It’s a bit sweet with some chemical taste like paint or something. But it was an experience right? Now we know.

It has been a slice Jogja, please lower your prices.

2 thoughts on “How to Stay on Budget in Yogyakarta, Indonesia”