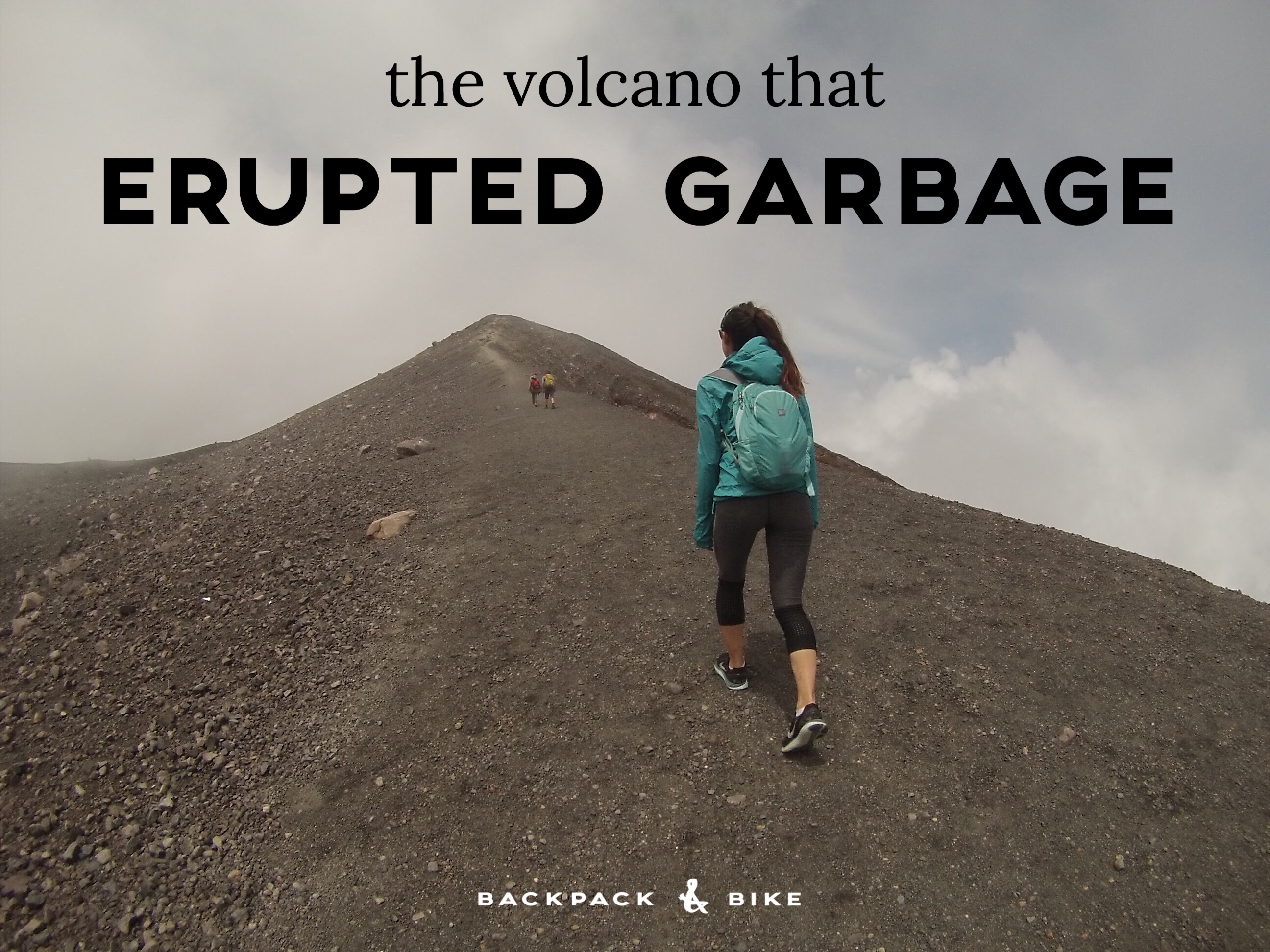 In the land of Bukittinggi, where the breezes blow and the gentlemen named Erick grow, lives the garbage volcano of Koto Baru. I don’t mean to disparage the poor volcano, it’s just that it’s smothered in litter which makes this Canadian rather sad. 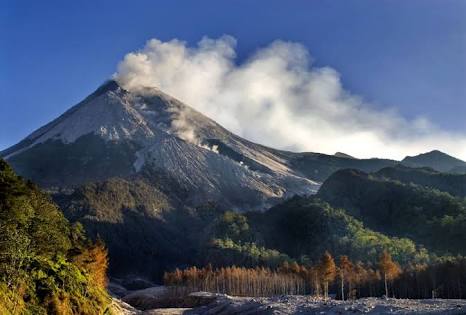 We were informed its hiking trail’s existence while conversing with a fellow Canadian traveller, Marc, the night before. Although he’s from Quebec, he’s really quite the friendly monsieur. 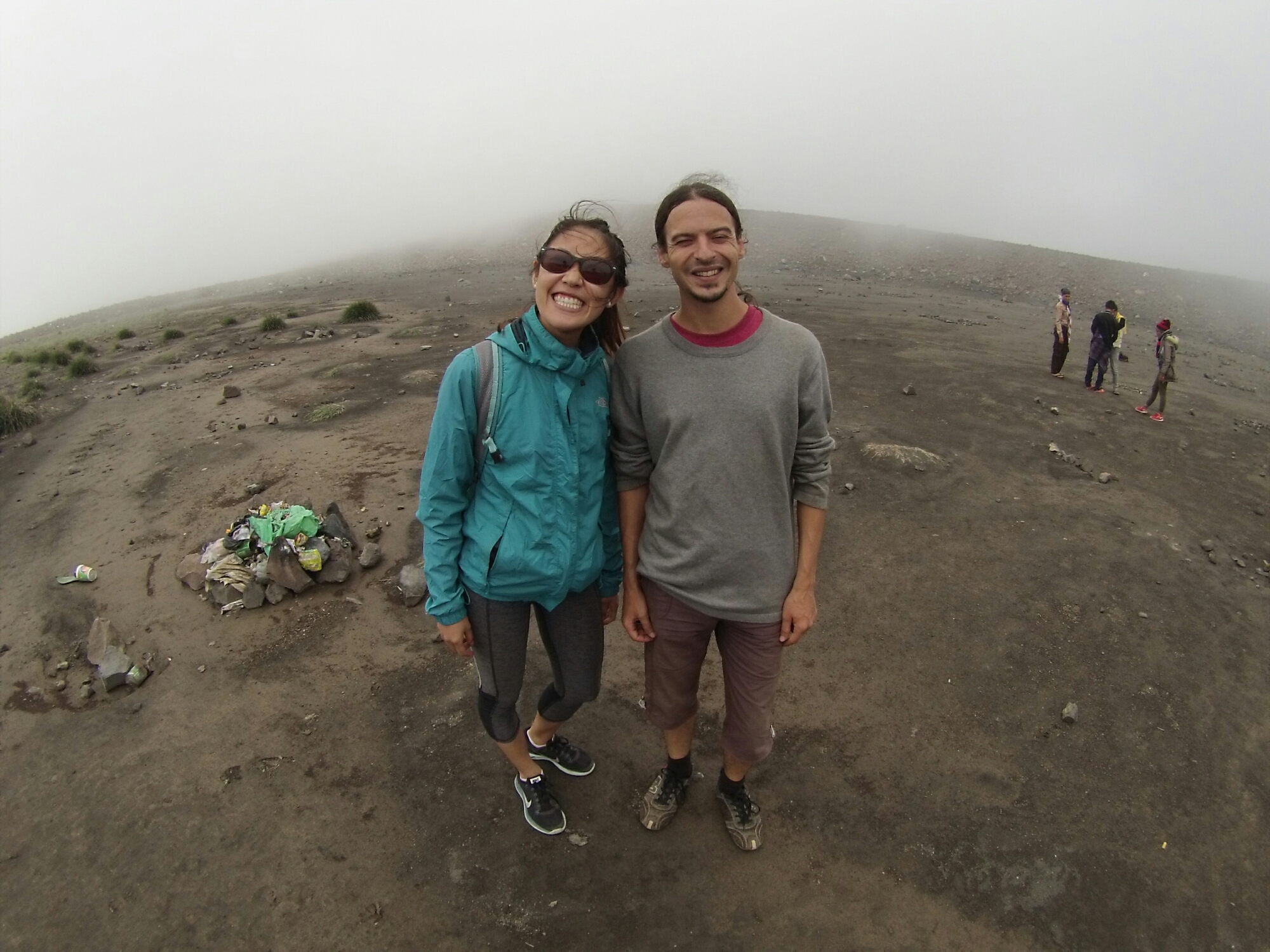 Spontaneous as always, we rented motorbikes for about 60 000 IDR ($6.00 CAD) and followed Marc to the trail. We each paid 15 000 IRD ($1.50 CAD) to park our bikes and trek the volcano, and it was well worth it. We hiked up the roots of jungle trees, gripping, climbing, and sweating (despite it being much cooler given the elevation) for nearly four hours before the jungle transitioned to igneous rock. These sharp volcanic rocks tumbled down as they mangled our running shoes, ensuring the vigilance of climbers below. 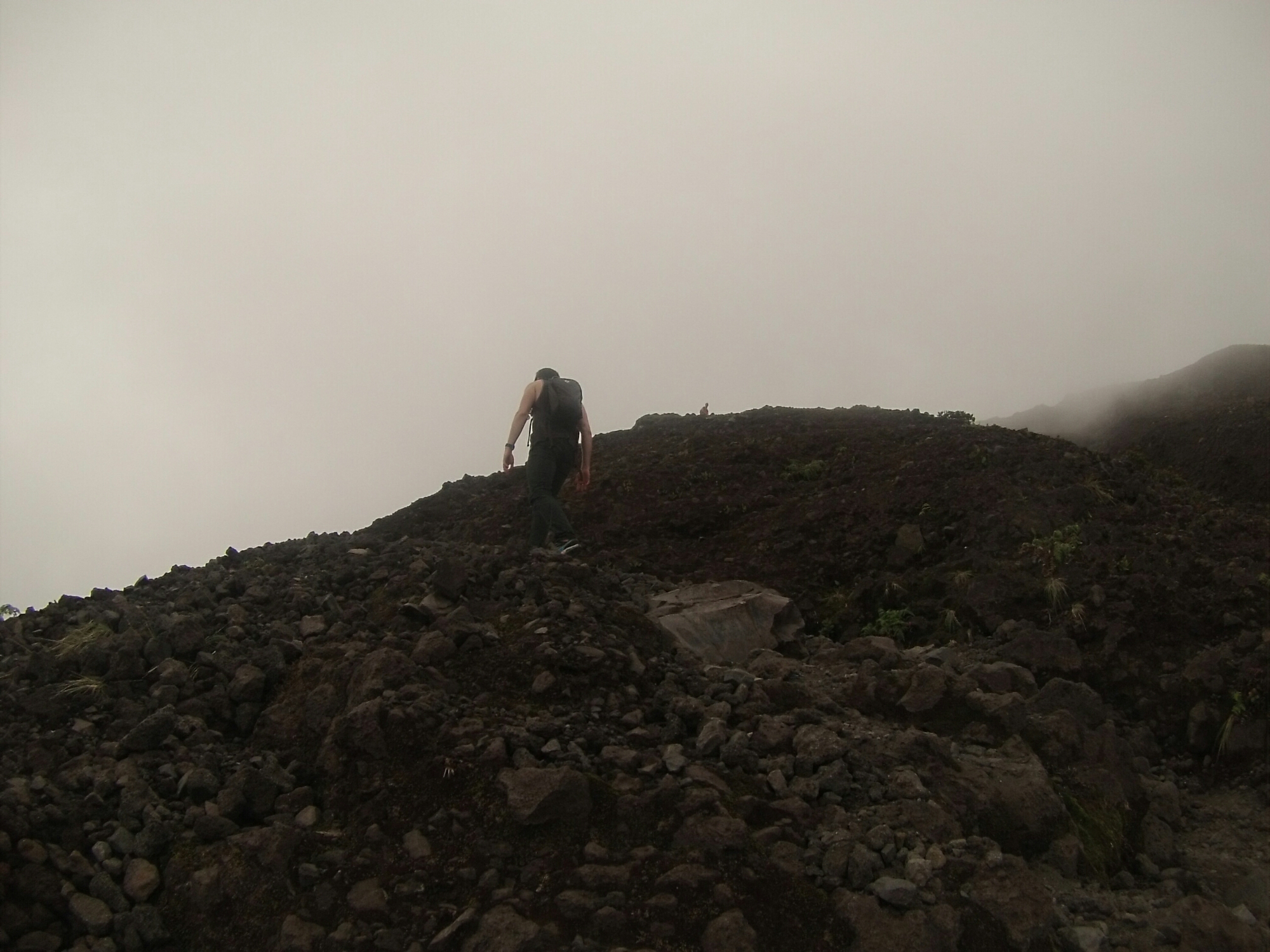 The top of the mountain had a beautiful view. We were above the clouds, and could peer into the crater of the volcano. Waves of sulphur occasionally caught the breeze straight into our noses, reminding us that volcanos also pass gas. 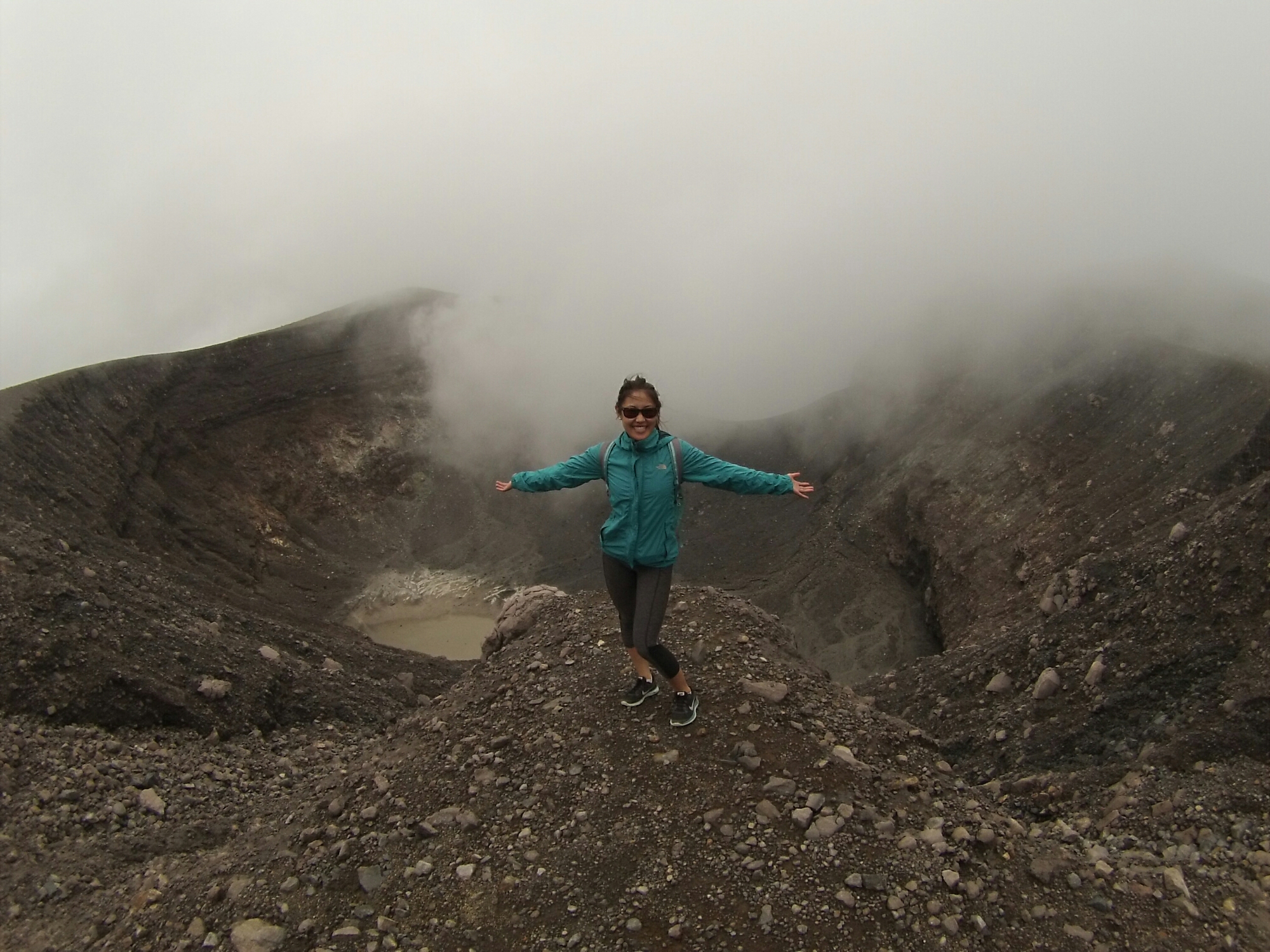 Then, on a strange plane of black sand, we arranged a maple leaf with rocks to proudly stamp our identity onto the mountain. 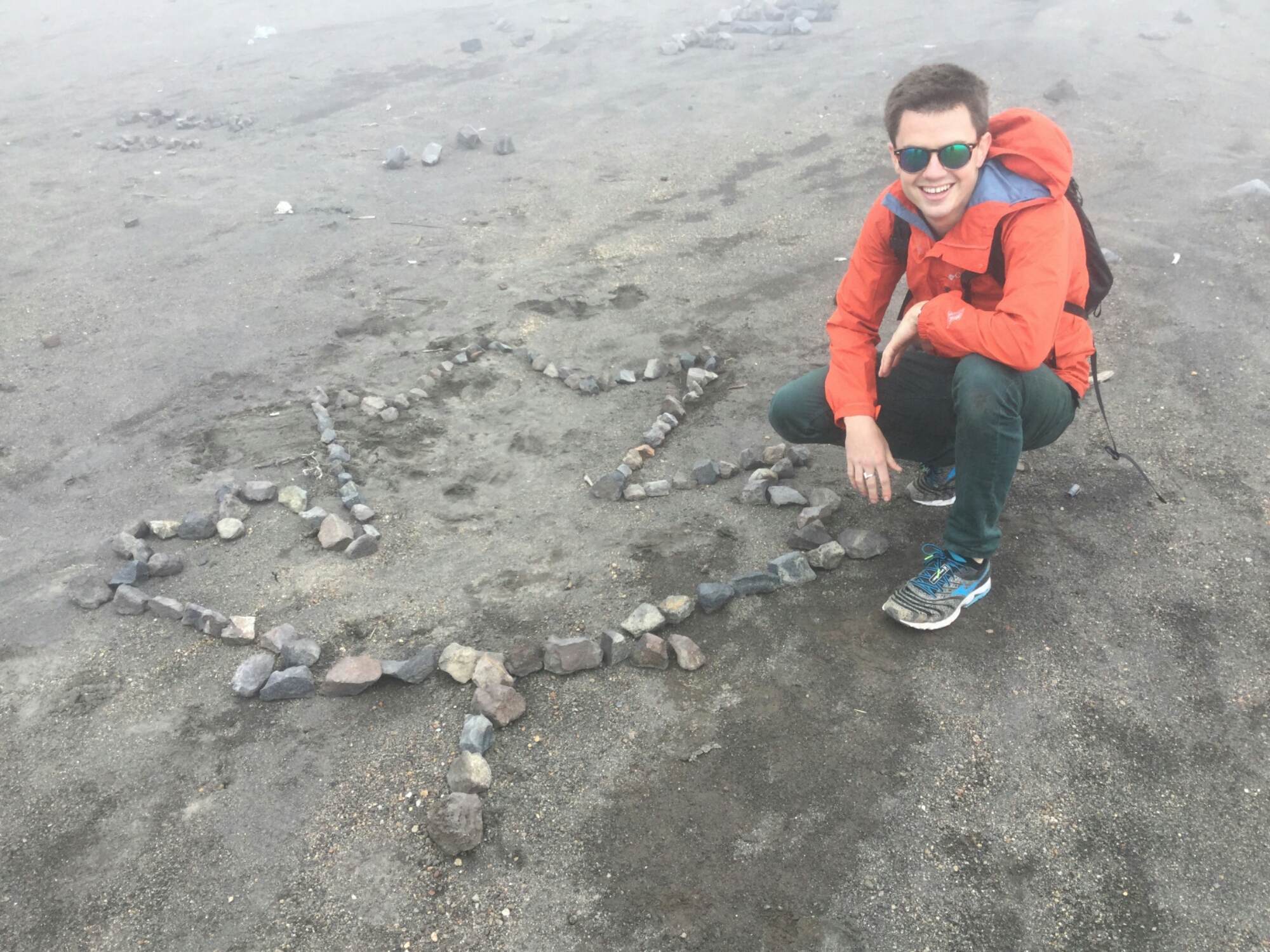 It was much cooler at the top of the volcano, and we needed to bundle up. As we hiked back down, the clouds swept by, forming dew on our hair. Soon after, it began to pour and I learned that my waterproof rain jacket wasn’t waterproof at all. We found shelter under an old, improvised tarp covering, and prayed the rain would give. Here we met a group of rambunctious teenagers who offered us hot coffee, and took pictures with us (if you’re white, this is a thing in Indonesia).

When the rain subsided, we continued our descent down the wet rocks and mud. The teenagers quickly caught up, and joined us. Although they spoke very little English, they knew many songs, and sang them loudly the entire way down. It was hilarious joining Indonesians in belting broken renditions of Pharell’s Happy and Bob Marley’s Three Little Birds. 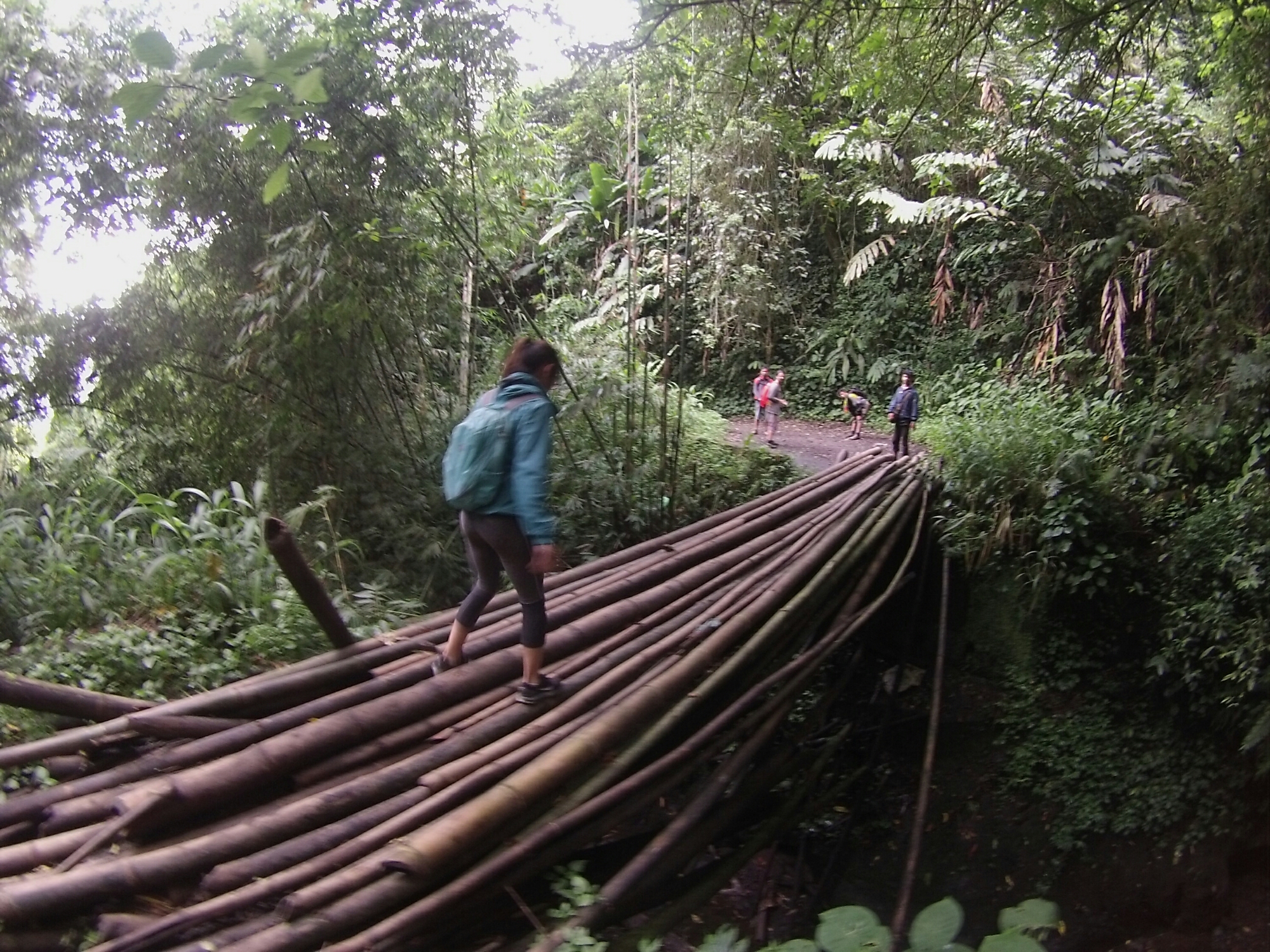 By the time we made it back to our motorbikes, over eight hours had passed and we were quite exhausted. It was nice to get back to our guest house in Bukittinggi to shower and relax.

It’s the chance encounters with strangers (Marc) and lively locals (the teens) are really what travelling is all about. This volcanic expedition would not have been nearly as memorable had it just been Sara and I doing our thing. We’re very grateful to them for the unique experiences and company.

3 thoughts on “The Volcano That Erupted Garbage”