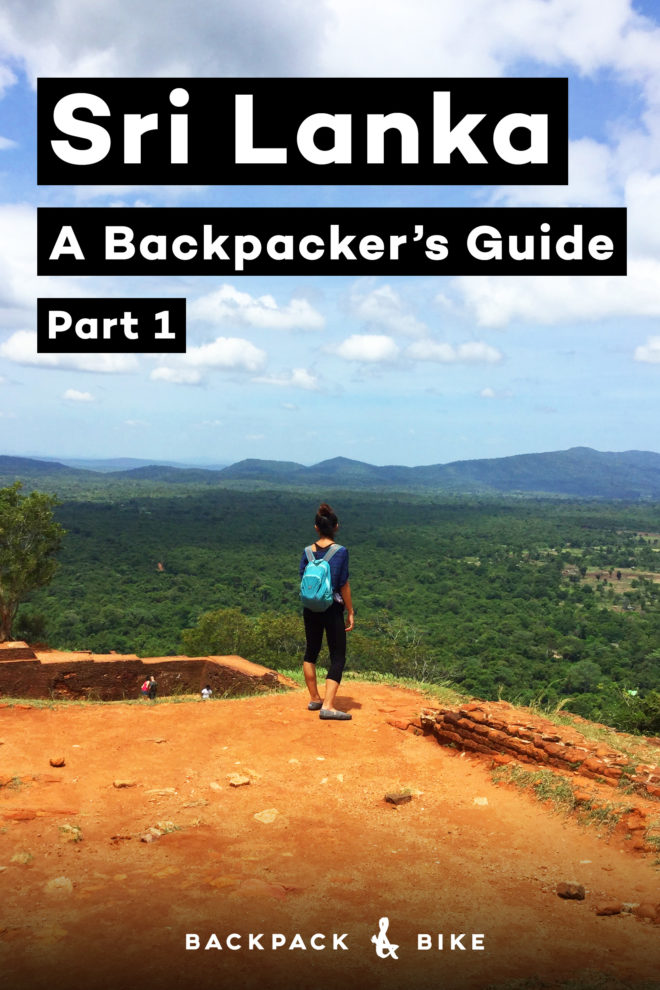 About a year ago, I designed a lemon-mango Kolsch beer for my good friend Sanjay. He was preparing to leave Canada to work for an NGO in Sri Lanka – where he was born – and was hosting a going away party. Sara helped with the label design which featured a stylized illustration of his handsome face and included a sticker of a hat that hung from the neck of the bottle and could be peeled off and placed on his head pin-the-tail-on-the-donkey style. Sanjay always seemed to wear this hat when he was entertaining crowds at his live jazz gigs in Toronto and so it seemed fitting to dress him with a hat before consuming the beer.

It also seemed fitting that since Sara and I are now, one year later, travelling across Southeast Asia, to pay him a visit in his home country. He warmly welcomed us into his apartment for a couple weeks (despite being rather busy), showed us around the city of Colombo, took us to great food, introduced us to his extended family, and gave us great suggestions on places to visit.

There are many ways to get around in Sri Lanka, and if you’re on a tight budget it can be overwhelming. Fortunately, Sri Lanka is teeming with Tuk Tuks. Hiring a Tuk is an affordable mid-range option that costs 50 LKR for the first kilometer of travel, and about 40 LKR for each kilometer thereafter (roughly $0.50 and $0.40 CAD respectively). They’re actually quite fun to ride in for a couple minutes until you begin chewing the exhaust of neighboring Tuk Tuks, cars, and buses. The air quality in Sri Lanka is awful, the noise pollution is high, and the traffic laws seem non-existent. If you don’t get lung cancer from the thick plumes of exhaust, you’ll surely get stress-induced heart disease brought on by all the honking and wild driving. 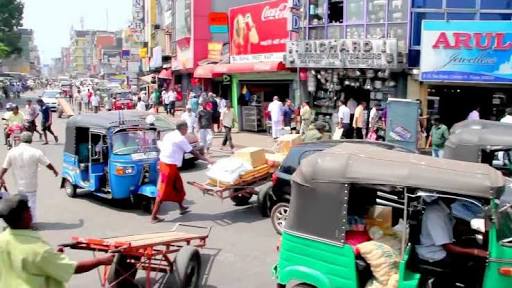 Buses are by far the wildest of them all. On one occasion, the bus was so crowded I had to sit on the bus engine box up front and next to the driver. From here I had an unobstructed view of the road as the driver flew through traffic, blasting his million decibel horn every five seconds to bully oncoming cars in the adjacent lane into submission as he attempted to overtake vehicles. If we’d crashed I would have been ejected from the bus through the windshield landing somewhere in the ocean half way to Canada. They’re inexpensive though. We travelled three hours to Sigiriya from Kandy (about 90 km away) and it only cost the equivalent of $1.32 each for the trip. Not too shabby. An average trip will cost anywhere between 15-100 LKR depending on where you’re going.

Trains are also pretty economical. To travel from Colombo to Kandy we spent $1.60 CAD per person for a second class car. It was quite packed at first, but cleared up eventually and we were able to find a seat. First class options are also available for a bit more ($5-10 CAD per person), and are spacious and air conditioned. Third class cars actually seemed quite empty most of the time, but on our way back into Colombo we noticed a train rushing past us that was packed full with people hanging out the doors. Not worth the gamble to save a few cents, in our opinion.

We found that free wifi was not as easily available as other countries around South East Asia. So you’ll find less digital nomads living on the island. But phone data is relatively cheap. We picked up a phone plan at the airport for about $12 CAD that covered us for the month. You can always top up for credits if you need to.

If you love curry dishes you’ll love Sri Lanka. The food here is delicious, and if you’re smart can be really cheap. Street vendors and bakeries all seem to sell samoas, and roti, and many other delicious snacks pick up for pennies a piece. A favorite of ours was this crispy, breaded, deep-fried boiled egg (the name escapes me but you’ll know it when you see it). Hoppers are also really great, and I highly suggest trying a milk hopper with some sugar as desert. Delicious.

Oh and don’t be soft and use a knife and fork when eating – almost every Sri Lankan eats with their fingers. It was explained to us as so: when western cultures eat food, they only four senses: sight, sound (crunch, crunch; sizzle, sizzle), scent, and taste. By using their fingers, Sri Lankan’s add the fifth: touch, to feel the texture of the food in their hands and to fully complete the sensory experience. 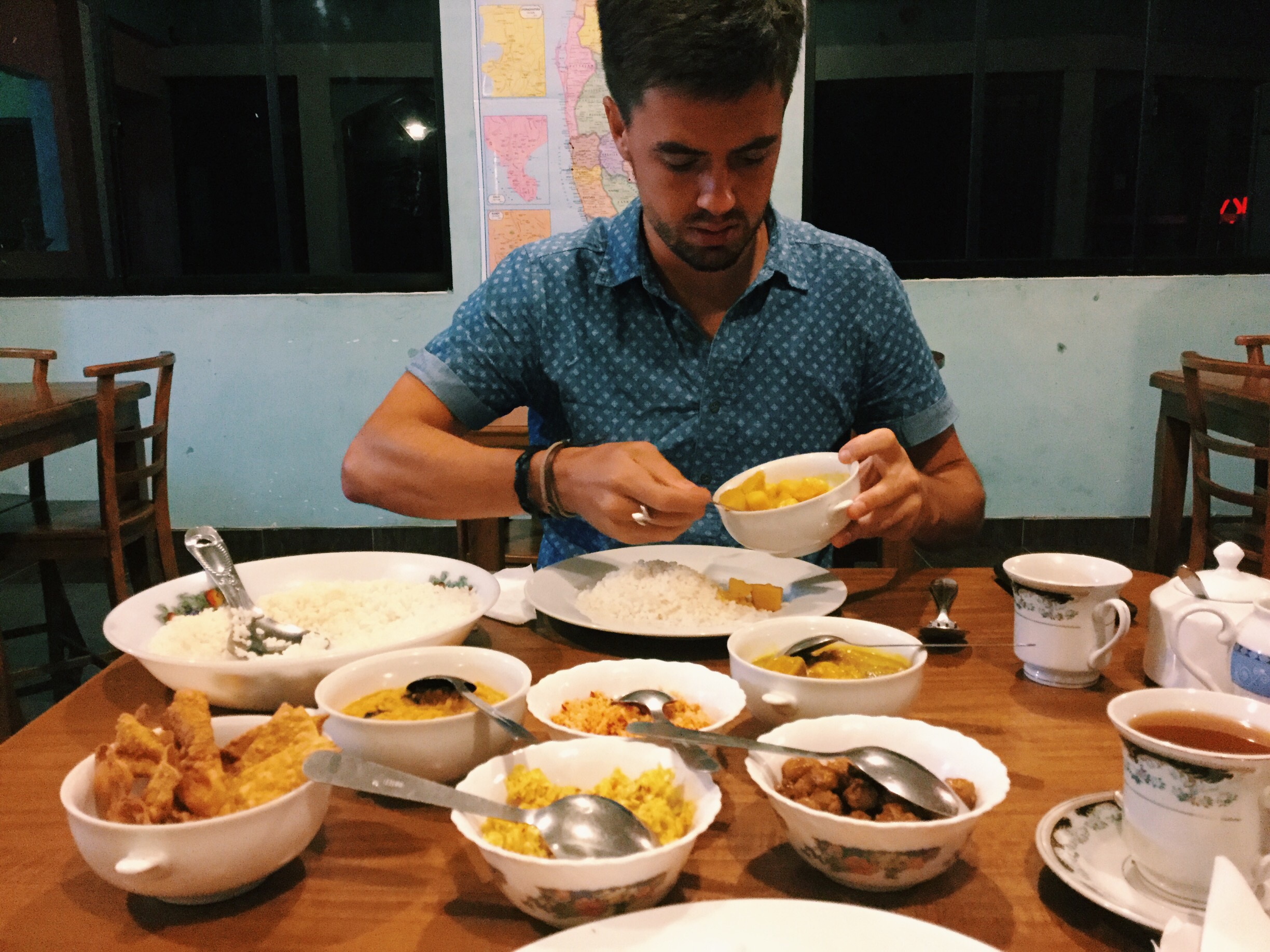 The “local coffee” tastes like chemicals. Before ordering coffee, ask if it’s drip or espresso based because otherwise it should be avoided. In these instances, just ask for Nescafe (which while really sweet and creamy will at least satisfy a small part of your java itch until you find some good stuff). Expect to pay quite a bit for good coffee when (or if) you find it. It does exist.

Ye be warned: The departure section of the airport features exorbitantly high prices for food. There’s a Burger King with $14 USD whopper combos and $6 USD coffees. Pringles cost over $8 CAD. I guess many airports are like this, but it’s the worst we’ve noticed yet, so it is best to eat a hearty meal before entering the airport, and to bring snacks.

Sri Lanka is a bustling, busy country with everybody wanting to sell you a service, or an item you don’t need. While it can be overwhelming at times, it’s got delicious food and some breathtaking scenery and sights.

It also has Sanjay. 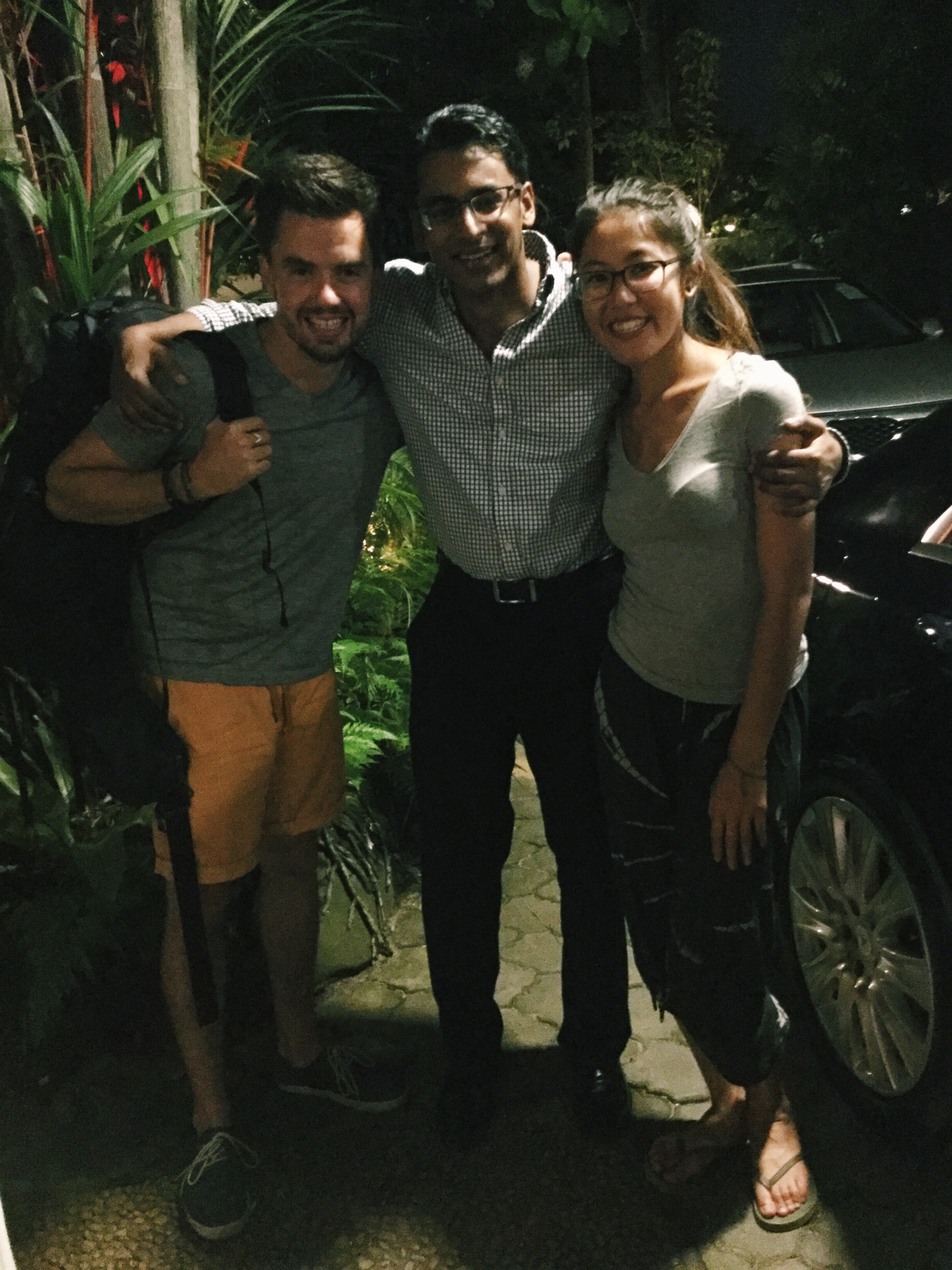 Now that you’re prepared for backpacking Sri Lanka, keep reading on to Part 2: A backpacker’s guide – What to do in Sri Lanka!

5 thoughts on “Sri Lanka: A Backpacker’s Guide Part 1 – Hidden Gems Amongst the Chaos”