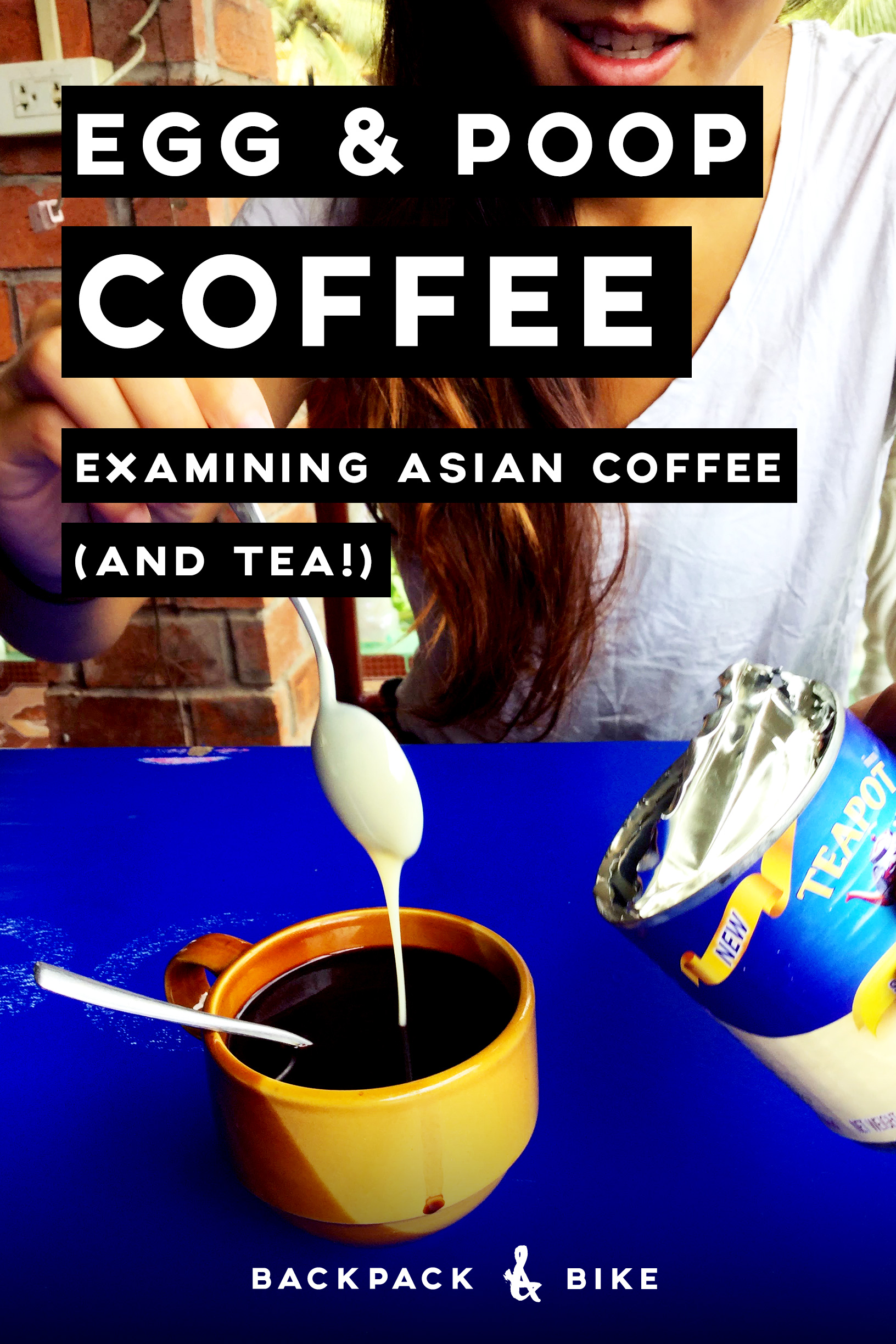 Southeast Asia is home to an exciting selection of delicious coffee styles that assist in providing you with the essential jolt needed to make it through its famously sweltering heat. From Indonesia’s famous kopi luwak, to Vietnamese ca phe naw/sua (brown/milk coffee), the selection throughout the region impresses with each country offering a unique take on the popular morning elixir.

There are essentially two styles of coffee readily available in Indonesia: instant coffee, and kopi luwak, the latter of which is only really available in big cities and tourist hotspots. Proudly marketed as the world’s most expensive coffee at over $10 a cup, kopi luwak Is made using undigested coffee cherries that are collected from the poop of the luwak (the local name given to the tree dwelling civet whose appearance resembles that of a weasel). These cherries are then collected and processed into coffee that curious suckers actually drink. It’s the world’s crappiest coffee, and I am one of those suckers.

Instead of a lengthy, pompous description of the stuff, I’ll say only that it tastes unremarkable. While others describe it as being earthy and exceptionally mellow, I experienced it as being similar to any other medium-roast Ethiopian blend coffee. It’s worth trying, but the whole novelty seems tied to its bizarre story rather than its amazing flavor. Just consider: Africans are dying of starvation and you’re discussing the subtleties of hot poo-water. I’m not above it, it’s just that sometimes we need a swift kick in the uterus to remind us of place in it all.

Though much of Indonesia is undeveloped and poor, the love of coffee persists. Authentic kopi luwak is far too expensive a commitment for the average Indonesian (and indeed Canadian), and so they must turn to “instant” coffee to satisfy their java lust. I pad “instant” with quotation marks because although their version serves the same purpose as instant coffee, it doesn’t fully dissolve, leaving behind an unfortunate layer of chalky coffee residue at the end of every cup. Most brands taste fine, but are predictably thin. 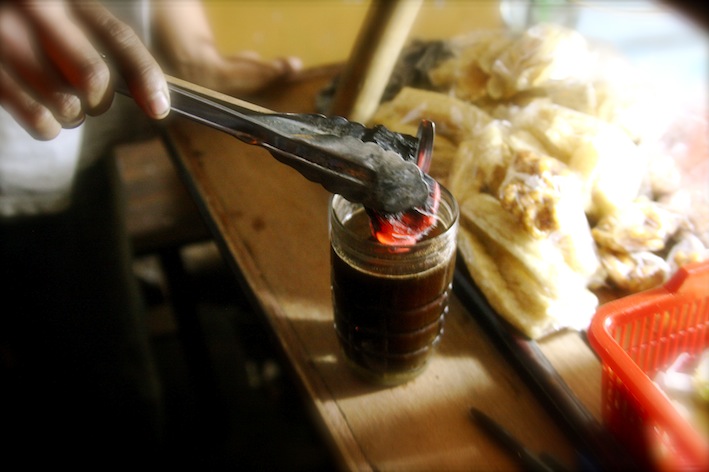 A final interesting aspect of Indonesia’s impressive java-repertoire is their tendency to plop burning hot charcoal into their coffee. This serves two purposes: it adds flavour, and heat. Indeed mine was initially

Don’t even bother with the local coffee of Sri Lanka. It’s similar to Indonesian instant coffee, but tastes like chemicals. Here I’ll boldly declare that Sri Lankan coffee is hands down the worst coffee I’ve ever tasted (and I ordered it at multiple establishments in order to give it a fair chance!) It just doesn’t taste ripe, or properly roasted, or something. Just avoid it – you won’t be able finish it.

Cities house the occasional drip coffee café, but they’re expensive and scant. I found one place in Colombo that served an excellent dark roast for $4/cup. I loved this particular coffee, and was prepared to adjust my stance on Sri Lankan coffee accordingly only to discover that I’d been duped. After I openly praised his coffee’s quality, the café’s owner admitted that he’d just been serving me Starbucks Venice Roast Coffee the entire time. So, although there aren’t actual Starbucks locations in Sri Lanka, at least you can find pirated Starbucks coffee served in the odd coffee shop.

After a class of Tai Chi, consider picking up a glass of Thai Tea to further soothe your weary soul. The essential backbone to any Thai-style tea is its strongly roasted tea leaves and unique additions of star anise, crushed tamarind, and cardamon. Sugar, evaporated, and sweetened condensed milk is then usually added to take an edge off the bitterness, resulting in an unforgettable (if a little sweet) take on the popular drink. 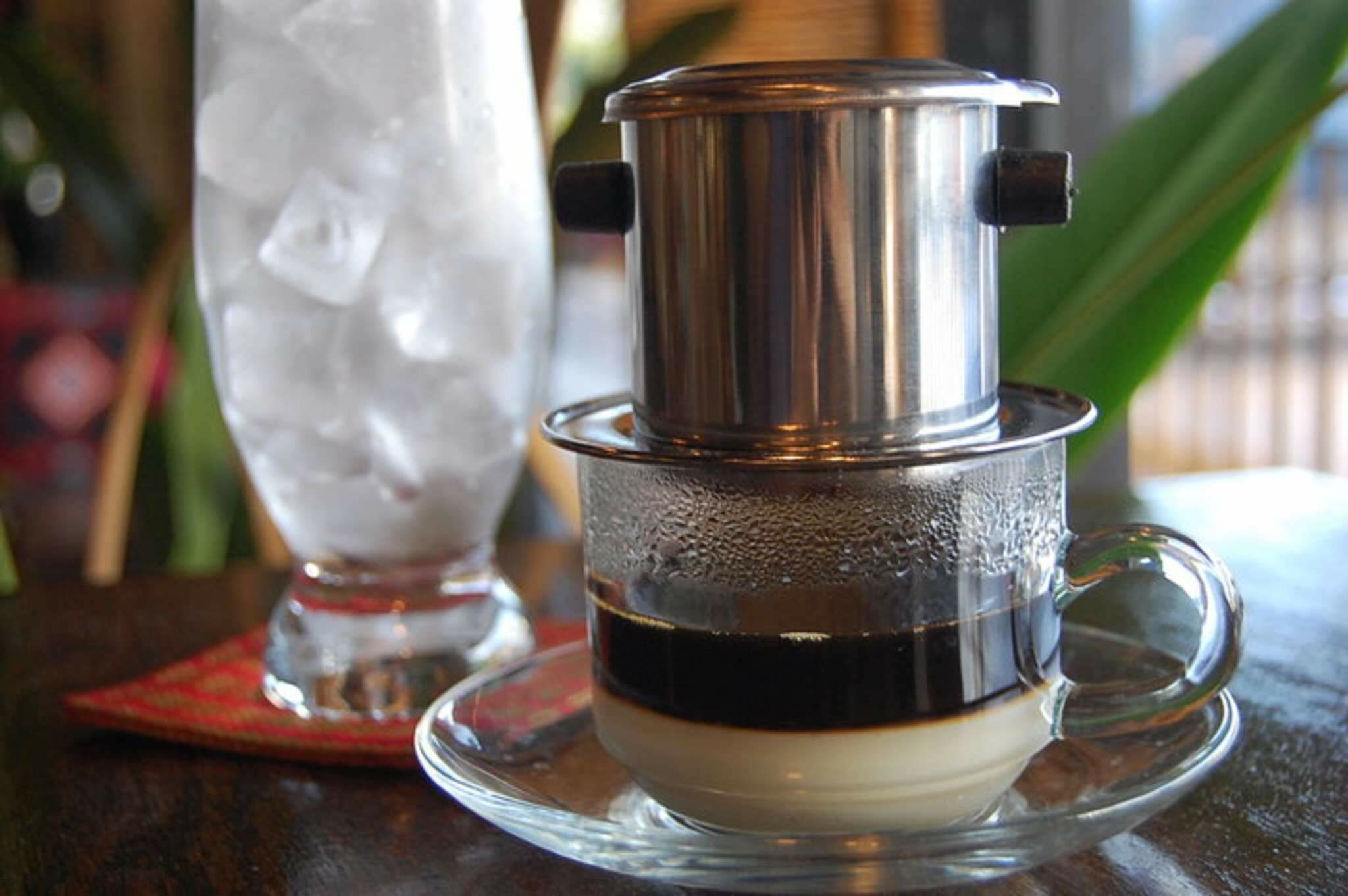 Vietnam is a foodie’s mecca what with its abundance of delicious phở, interesting desserts, and tasty noodles. Given this, it’s probably unsurprising to learn that Vietnam is also home to the region’s most interesting, and popular coffee. The Vietnamese prefer their coffee strong and  use a special apparatus to gently extract as much coffee-juice as humanly possible into individual mugs that are customarily a quarter pre-filled with sweetened condensed milk.

Like the classic childhood science experiment where oil sits on top of the dense water, so too does the coffee sit on top of the milk. Once stirred it becomes this deliciously rich concoction with definitive chocolate characteristics. I can’t emphasize this enough: it’s very chocolatey. I’m not sure if it’s the roast, or the beans, or the method of preparation, but Vietnamese coffee is a just devine. Perhaps due to its chocolaty goodness (and probably also its sweetness), even most non-coffee drinkers go crazy for this delicious style.

It’s coffee… but with egg! The egg adds a unique silky, slightly oily texture to the coffee, and contributes a sort of merengue-like froth to its head. It tastes only subtly like egg. While not my favourite coffee drink, it’s definitely worth exploring. A recipe can be found here.

So there you have it. I’m sure I’ve only just skimmed the surface of the available coffee styles across the region but half the fun in traveling seems to be in discovering unique treasures yourself. Newly armed and mildly enlightened, I’m excited to return home and share some of these styles of coffee with friends and family. Of the listed styles, Thai tea and coffee nam from Vietnam are my two favorites and I think would likely even appeal to non-tea and coffee drinkers alike.You know, the crazy ones.