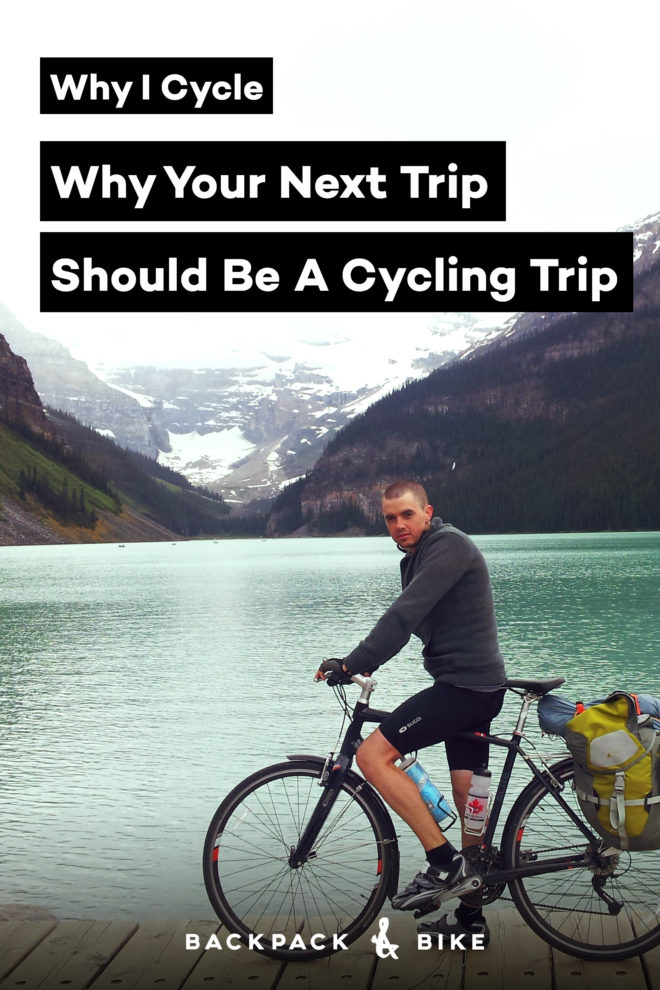 It’s awkward when I tell people I’ve cycled across Canada. I’m not sure how to broach the subject – I’m a pretty average dude, and so this detail seems to genuinely surprise people. While I admittedly sometimes mention it as desperate attempt to prove that I’ve done an interesting thing, I don’t really consider it that remarkable an accomplishment. People who run marathons, do long cycling tours, and participate in Ironman competitions are often pushing against feelings of inadequacy and are chasing some intangible and illusive internal validation.

This is part of the reason I did the trans-Canada trip in the first place. The next year I cycled the UK with Sara and two other friends. This was less about pushing against feelings of inadequacy. It was more about appreciating the regions we cycled to the extent that we possibly could. I highly recommend touring countries by bike, and in this blog update, I’ll outline why you should do it too.

I cycled from Vancouver, British Columbia to St. John’s, Newfoundland with my friend John in 2012 over the course of 2 months. I wasn’t entirely sure how challenging the feat would be, as this was my first major cycling adventure, but knew I had to do it. I think it was partially a reactionary move brought about because I’d prematurely abandoned plans to teach English in Japan the year prior (I was hired and lasted less than one month before giving up and returning home). I felt I needed to prove myself (after what I perceived to be an epic failure), and have since learned the importance of seeing things through. Failure, I’ve learned, is an attitude.

While Canada 2012 bonded John and I for life, this trip bonded Sara and I (hopefully) for life. The trip was rich with laughter, unique experiences, and fascinating people. We camped on beaches, cycled across breathtaking landscapes and up steep hills. One such hill dubbed the Struggle in the Lake District of England remains the toughest climb I’ve ever done by bike. From Stonehenge to the Cliffs of Moher, this trip impacted Sara, Adam, Eden and I in profound ways and strengthened our friendships. Listed below are just some of the reasons we love touring countries by bike so much.

The Benefits of Touring by Bike

Obviously in order to tour countries by bike, you need to be at least somewhat fit. You’ll need to train pretty hard the months and weeks leading up to your planned journey. For me, it becomes less daunting when you have a set goal or departure date, and can work towards that goal. Fitness goals pertaining to cycling can be accomplished in a relatively short period of time as long as you’re dedicated (bicycles are designed to be efficient). You can’t change some things about who you are (your intelligence, penis size, etc.) but general fitness is something we can all work towards, and control. 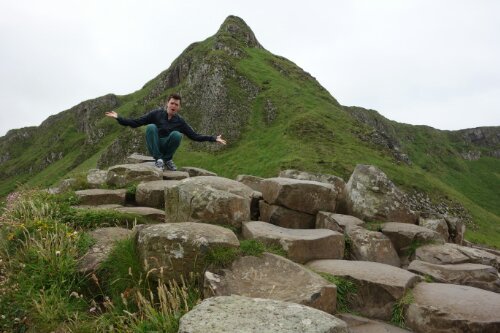 Tip: it’s usually relatively easy to incorporate your training into your daily commute, and saves time. Sara, for example, cycled to work whenever she could in order to get her training in for the day.

John and I are bonded for life. Together, we used our muscles and lungs to pump us across a vast and majestic landscape. We experienced the country in a way few others have, and together worked towards accomplishing something greater than ourselves. It’s become a part of our identity that we will carry forward.

Touring by bike is the best way to see a country. It forces you to truly appreciate the landscapes andtopography, and allows you to visit towns and places you’d otherwise miss. This is because you can only generally travel a maximum of 100-150 kilometres a day. As such, you’re forced to stop off and rest in areas that are neglected by most tourists. You can’t, for example, travel from London, England to Liverpool (368.54 km) in one day, you have to stop off in lesser known towns along the way and interact with locals that aren’t so used to seeing tourists from abroad.

Transportation costs can easily become a main (if not the main) expense when travelling. Not so when cycling. In fact, you’ll hardly pay anything for transportation unless you’re taking short cuts (trains, busses, etc.) from one place to the next. Which totally negates the whole “touring by bicycle” thing in the first place.

Camping also saves lots of money and enriches the whole experience. There’s nothing like waking up early to the sound of waves crashing on the beach, and then taking a morning dip to start your day.

Here’s a short section of our 5 week UK itinerary (taken at random):

Whereas most people would go directly from Bath to Liverpool, we visited 3 extra towns: Usk, Ludlow, and Whitchurch. In Usk we went to a pub for dinner, and met a lovely sheep farming couple who upon learning that our “accommodation” plans for the night were to just camp out in the rain, invited us to their house to stay for the night. In Ludlow we scouted a fantasy-like area to camp and cooked stuffed mushrooms over a bonfire next to a storybook fairytale house. In Whitchurch we stayed at an old Inn and did some karaoke before heading upstairs for sleep.

Related: Couch Surfing – How To Sleep For Free And Make Local Friends

Eat Whatever the **** You Want

Yes yes – shovel more of that horribly unhealthy crap into my mouth. Load it up with as much butter as you possibly can. And whiskey sauce please. More! I’d like a glass of whiskey sauce to go with my deep fried butter. And beer. Oh, of course I’ll have dessert – of course. I’ll have two desserts! Wait, why are you looking at me like that?

You can stay wherever you want for as long as you want. You don’t have to organize your schedule around bus or train departure times. You can adjust it on the fly.

You have such immediate, daily goals that your worldly anxieties melt away. You’re alone with your mind, for however long you’re on the bike. There’s a good chance you’ll recognize things in yourself you failed to notice before, and you’ll gain some perspective on what’s truly important to you. If you find the prospect of self-reflection terrifying, you can always pop in some earbuds and listen to music or podcasts as you pass the time.

Congratulations, you cycled across a town/country/region. That’s pretty damned cool, if you ask me. Your gasoline was the food you ate, and you now have huge calves and maybe the beginnings of an abdominal cluster. You breathed the fresh air from the trees and delivered oxygen to your muscles and powered yourself kinetically up and around every twist, every turn, every hill, and every blast of wind that dared try slowing you down.

So what’s stopping you? Set a date, and start your training, and let us know how it went.